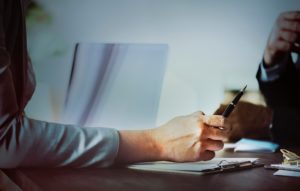 Most companies have at least one problem department that wrestles with chronic performance and stability challenges. Yet few senior executives take the time to conduct “skip-level” meetings, where they have an opportunity to bypass their midlevel managers and speak directly with members of their extended (nonmanagerial) teams.

For example, if a corporate vice president wishes to speak with the team members of a director on that team, then the VP can hold one-on-one meetings with the manager and supervisor and small group meetings with the rest of the team—analysts, coordinators, administrative assistants and the like. It’s best to be fully transparent about this, and yes, staff members may feel a bit uncomfortable sharing their feedback with their boss’s boss. But these meetings are healthy and should be ongoing to ensure full transparency and access to senior management.

In cases when constant performance and conduct challenges weigh negatively on team performance, and where turnover is rampant, these skip-level meetings serve a more immediate and critical purpose. If they result, as you suspect, in ongoing complaints about the director’s poor communication, leadership or team-building abilities, then addressing your concerns will help set the record straight, re-establish your expectations as the head of the department, and accord workplace due process—specific instruction regarding the problem, the time frame in which to fix it and the consequences of inaction.

“First, be specific in providing as many details as possible, and paint a picture with words when describing the feedback you’ve received,” advised Ted DiBiase, vice president of employee/labor relations at Cardinal Health in Columbus, Ohio. As such, your corrective-action opener may sound like this:

As you’re aware, I opted to conduct skip-level meetings in order to hear directly from the staff members of those who report to me. The purpose of those skip-level meetings with your team and the teams of my other direct reports was to gauge the overall culture and level of employee satisfaction and engagement on our team. Your staff members described your team’s culture and your leadership style as follows:

-Your department is infected with chronic negativity.
-Your communication style is described at times as caustic, confrontational, arrogant and defensive.
-Your team suffers from an “overreactive grapevine,” meaning that team members gossip, “stir the pot,” complain about senior leadership and criticize one another.
-You appear to reward employees’ negative behavior by pitting certain team members against one another while encouraging others to “stand their ground on principle.”
-Your team continues to suffer from high turnover, substandard productivity and overall disengagement.

When I asked you for your input regarding these findings, rather than demonstrating concern for the team based on the feedback that I shared with you, you appeared apathetic and unconcerned. You stated that members of your team suffer from an entitlement mentality and are spoiled. They stir up trouble because they’re burned out and unmotivated, as evidenced by small merit increases, increasing health care costs, and the constant need to change things for change’s sake. Overall, you assumed little responsibility for the ongoing morale and commitment problems on your team. As such, it appears that you are not holding yourself sufficiently accountable as a leader and person of authority. Of the eight members of your team I interviewed, all but two described your leadership style as lacking, apathetic or caustic. The majority of those interviewed stated you not only tolerate caustic behavior, you actually model and perpetuate the negative actions that define the work atmosphere in your department.

Whenever possible, provide evidence that makes your feedback difficult to refute. “Turnover percentages, leaves of absence records, substandard production numbers and the like all go a long way in demonstrating your point and letting the errant director know that such results will no longer be acceptable,” DiBiase said. For example, if this year’s employee opinion survey (EOS) results for this director’s team demonstrate the ongoing issues that plague the majority of the members, include the following in your disciplinary document:

Further, the EOS reveals the following scores about you and your leadership of the team. On a scale of 1-9, 9 being the highest, you received aggregate leadership scores in the 2-4 range in the following areas: cares about employee well-being, treats others with respect, creates an inclusive work environment, and encourages employees to do their best work every day. Your “Overall Supervisor Score” was 3, which was among the lowest scores in our region.

As such, a written warning is warranted for failure to supervise responsibly, a lack of commitment to listening to your employees’ needs and trying to improve the challenges they bring to your attention, and failing to demonstrate your commitment to this organization in terms of your behaviors toward others.

“It’s critical that your goals and consequences are as clear, measurable and tangible as possible,” DiBiase counseled. For example, you might conclude the disciplinary document as follows:

I expect you to take this skip-level feedback in conjunction with your EOS scores very seriously.  The level of commitment you demonstrate is clearly within your control. As such, I expect you to complete a full turnaround in terms of your commitment, engagement and motivation levels. I’m interested to learn what ideas you have for turning around those EOS scores and improving your relationship with your staff members, so please schedule time next week so we can review your findings. My next round of skip-level meetings is scheduled for early next quarter, and I expect significantly stronger feedback from your team members regarding your commitment level, communication style, willingness to help and focus on results.

If you commit to re-engaging your team and solidifying your relationship with your staff members, you will go a long way in demonstrating your commitment to the organization and to those whom you’re privileged to lead. Turning around an underperforming team is an important leadership skill set, and I will be open to partnering with you as appropriate. Make note, however, that this is your team, and you are fully responsible for its ultimate success or failure, including setting the tone and culture for team interaction and recognition. As such, I expect you to make this a top priority from this point forward.

Feedback on any leader of this magnitude is serious and concerning. If you are either unable or unwilling to demonstrate total commitment and key improvements in these areas, your suitability for the leadership role that you currently occupy may be subject to reconsideration and could result in demotion or further disciplinary action, up to and including dismissal of employment.

Skip-level meetings are an excellent way for senior executives to measure the commitment, performance and progress of their immediate direct reports. Formally interviewing extended reports (members of your team who report to your direct reports) is a smart and healthy exercise in general and often the quickest and most efficient way of dealing with leaders who aren’t meeting expectations and are in need of immediate turnaround.