What To Do About Office Romance? 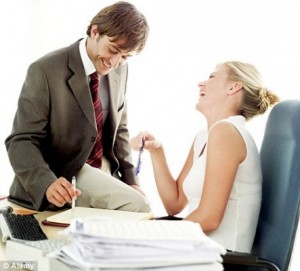 Spring fling, summer romance, no matter what you call it, it can spell trouble if it involves co-workers. It’s no secret that the employees of today’s workforce spend more time at work than they do at home; in many cases, there just isn’t time to pursue a romantic relationship outside of the office. It seems only natural that workplace romances may evolve.

In a survey regarding office dating, conducted by the Society for Human Resource Management and the Wall Street Journal‘s CareerJournal.com, 77 percent of HR professionals reported sexual harassment concerns, and 67 percent said they had concerns about retaliation.

As an employer or HR professional, here are some things to consider when deciding at what level to interfere with your employees’ personal affairs:

If you are considering such a “contract,” here are some elements we suggest you include:

Such a policy should be incorporated into your employee handbook as well. The policy should state that the employees have an obligation to notify human resources about the relationship. To be certain that the policy is applied fairly, once the company becomes aware of any type of romantic relationship, it is important that the couple is approached, not necessarily together, so that they can be reminded of company policy.