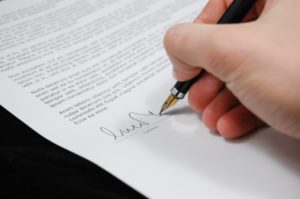 Employers with arbitration agreements in place can breathe a little easier now. On May 21, 2018, the United States Supreme Court in Epic Systems Corp. v. Lewis (Case No. 16-285) clearly answered a key question: whether workplace arbitration agreements that ban class actions violate federal labor law. In its 5-to-4 decision, the Court found such agreements do not violate the National Labor Relations Act (NLRA) and are enforceable under the Federal Arbitration Act (FAA) as a matter of law.

Though the FAA and NLRA co-existed in general harmony since 1935, district courts somewhat recently split on whether class or collective action waivers in arbitration agreements violate the NLRA. In its opinion, the Court consolidates three district court cases that represent the conflict between the NLRA and FAA that arose in 2012 when the National Labor Relations Board (NLRB) issued an agency decision finding the NLRA effectively nullified the FAA in cases involving class action waivers in arbitration agreements. Each of those cases involved employees seeking to bring class or collective actions based on alleged wage and hour violations.

The employees argued that the FAA’s “saving clause” removed the obligation to enforce an arbitration agreement if the agreement violates federal law. To find a federal violation, the employees cited Section 7 of the NLRA and argued that the provision against prohibitions of “concerted activity” barred employers from forcing individualized arbitration proceedings and that it displaced the FAA. Employing standard statutory interpretation along with precedent, the Court rejected the employees’ argument and found Section 7 applied to protecting unionization and collective bargaining in the workplace, and not class actions. The Court also held that the saving clause only recognizes defenses that apply to any contract, such as fraud or duress. Therefore, the clause would not give courts authority to refuse to enforce an agreement simply because it required bilateral arbitration.

Lastly, the Court found Chevron deference did not require it to find a right to class actions. Chevron deference refers to a principle of administrative law that requires courts to defer to administrative agencies’ reasonable interpretations of federal law. The NLRB’s interpretation was primarily not entitled to deference because it sought to interpret a statute that the NLRB does not administer (the FAA). In response, the dissent, relying largely on legislative history and policy arguments, noted that the majority’s trend of excessively applying the FAA’s policy favoring arbitration agreements has effectively required the NLRB to step in to protect employee rights.

Although the majority acknowledged the significant policy issues at stake in this matter, the five justices ultimately recognized the Court’s proper role to say what the law is rather than “what the law should be.” Given the Court’s clear message that the employees came to the wrong branch of government for relief, we will continue to closely watch for a legislative response from Congress.