The EEOC’s New Wide-Reaching Retaliation Guidance: What Should Employers Do Now? 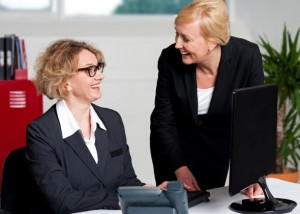 At the end of August, the Equal Employment Opportunity Commission (EEOC) announced the release of its long-awaited Enforcement Guidance on Retaliation and Related Issues, replacing Section 8 of the EEOC Compliance Menu published in 1998. The guidance, which is accompanied by a companion Small Business Fact Sheet, sets forth the EEOC’s expansive analysis of retaliation, which is now the most frequently asserted basis of discrimination in all sectors.

Covering issues related to retaliation applicable to all laws for which the Commission has responsibility (including Title VII, the Age Discrimination in Employment Act (ADEA), the Americans with Disabilities Act (ADA) and the Rehabilitation Act, the Equal Pay Act (EPA), and Title II of the Genetic Information Nondiscrimination Act (GINA)), the guidance also describes the EEOC’s analysis of claims involving interference with the exercise of rights under the ADA as distinct from retaliation. In addition, the guidance sets forth what the EEOC considers “promising practices,” which could, if implemented, deter retaliatory conduct and minimize the chance of retaliation claims, although the guidance stops short of suggesting that such practices would form a defense to such a claim.

Since its Compliance Manual was last published in 1998, the Supreme Court of the United States has issued several key decisions developing and further defining the scope of retaliation claims, and the lower courts have built upon those Supreme Court holdings. When prevailing case law has agreed with the agency’s positions, the EEOC heavily cites that case law in the guidance. However, the EEOC is at pains to note that where there is a dispute among lower courts or the courts take a position that is different from its own, the guidance sets forth the EEOC’s own interpretation of the law of retaliation. Thus, the guidance sets forth both the enforcement position of the EEOC for the cases before it.

When Can Retaliation Arise?

As stated in the EEOC’s guidance, a claim of retaliation occurs (1) when an employer takes a materially adverse action (2) because an individual has engaged in or may engage in (3) activity in furtherance of the EEO laws the Commission enforces (i.e., “protected activity”). Protected activity can involve either (or both) “participation” in an EEO process or “opposition” to discrimination.

According to the EEOC, participation includes making a formal (or an informal, internal) charge or complaint or testifying, assisting, or participating in any manner in an investigation, even where the underlying allegation is not meritorious or was not timely filed and “regardless of whether an individual has a reasonable, good faith belief that the underlying allegations are, or could become, unlawful conduct.” An employer that disciplines or otherwise takes a materially adverse action against an employee for providing false or bad faith testimony in an internal investigation or for bringing a spurious complaint of discrimination is therefore at risk of a potential retaliation finding by the EEOC.

What is “Opposition” to a Practice?

The EEOC takes a similarly broad approach to its analysis of retaliation for activity in opposition to any practice made unlawful under the EEO laws it enforces. The guidance explains that the opposition clause applies if an individual explicitly communicates his or her belief that the matter complained of is or could become harassment or discrimination. An employee need not use any formal language (including the words “harassment,” or “discrimination,”) so long as the circumstances show that the individual is conveying opposition or resistance to a perceived potential EEO violation.

And while the guidance states that not every workplace protest will be considered protected opposition, in reading the guidance, it is difficult to imagine many situations in which the EEOC would not consider an employer’s actions retaliatory. So long as the manner of opposition is otherwise reasonable (including complaints raised to someone other than the employer, complaints raised publicly, or complaints raised before the complained-of activity is even actionable as a matter of law) and the employee’s opposition is based on an employee’s reasonable good faith belief (even if the complained-of activity is lawful), the conduct will be considered protected by the EEOC.

While repeatedly indicating that whether actions would be considered retaliatory is a fact-specific inquiry that must be analyzed contextually, nevertheless the guidance provides a number of detailed examples of conduct the EEOC would consider retaliatory. For example, the guidance clearly states that policies, practices, or agreements that prevent employees from asking about or discussing the salaries and other compensation of coworkers are retaliatory.

Moreover, as the guidance describes, the anti-retaliation provisions of the EEO laws protect a broad range of individuals, including those whose protected activity involved a different employer, those whose protected activity occurred while they were employed but who are not retaliated against until after the relationship ends, and those who raise discrimination allegations but are not covered by the substantive provisions of the applicable laws. Similarly, the EEOC takes the position that the anti-retaliation provisions of the EEO laws protect against a broad range of “materially adverse conduct,” including conduct that does not actually deter the individual complainant and conduct that is not work-related or is taken against non-employees who are associated with the employee.

The EEOC provides a description of so-called “promising practices” in the guidance, including:

While these practices would not form a legal defense for employers, they may prove helpful for minimizing the risk of such claims.