Study: Millennial Employees Say They Check Their Phones Every 20 Minutes 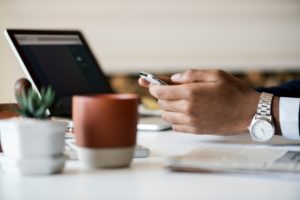 The study found that although 70% of respondents said they believe smartphones should be put away during work meetings, more than half ignore this and have phones out. Even more, 80%, said they think workers should not check phones during meetings, but half said they do it anyway. Ten percent said they have had their phones out during a job interview.
KDM’s research found that respondents check their phones mostly for text messages, followed by calls, emails, Facebook Messenger, FaceTime, Facebook, WhatsApp, Snapchat, Instagram, and dating apps.

Studies have shown that digital distractions like smartphones can topple employees’ focus during the workday. A RescueTime survey found that 40% of employees never get 30 minutes of uninterrupted work time, and 17% can’t even squeeze in 15 minutes without pausing to check email or chat with a friend. Another survey, this one by Udemy, revealed that 70% of workers think training could help them have better focus and time management, but just as many have not asked for such training.

The situation surrounding work focus may appear bleak, but employers can set guidelines around technology use and provide training when needed. As the Udemy study pointed out, workers will likely be receptive to such help. Managers can help workers set aside tech-free time to bolster long periods of uninterrupted focus, as well as teach employees how to prioritize their inboxes and messages.