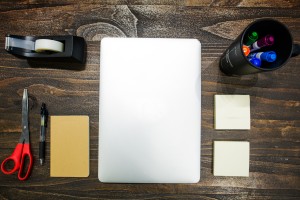 Additionally, the ordinance would obligate employers to offer sick pay to employees working within city limits. Generally, the ordinance would require sick pay to accrue at the rate of 1 hour per 30 hours worked within city limits, with a maximum accrual of 40 hours per year. Unused sick pay would be carried forward into the next year. Sick leave could be used for tending to an employee’s own illness or medical appointments, caring for family members, and taking time off due to domestic violence and related incidents. Generally, employers would be permitted to require employees to produce medical documentation excusing absences exceeding 3 days.

Statewide, California employers must already provide sick pay benefits under the Healthy Workers, Healthy Families Act of 2014. The California law requires a minimum of only 24 hours of sick pay per year. The San Diego ordinance’s more generous accrual rate, along with other differences between the state law and the proposed local ordinance, would make compliance with both legal mandates challenging for local businesses.

The San Diego City Council originally passed the sick pay and minimum wage ordinance in July of 2014. The mayor vetoed the ordinance, but the Council overrode the veto. Then a petition driven by San Diego business leaders forced the Council to place the matter on a ballot.