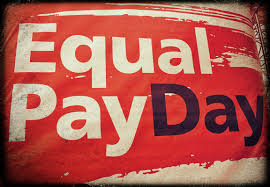 Since entering the White House, President Obama has fought for legislation to support the right for women to earn equal pay for equal work.   Early in his presidency, President Obama signed into law the Lilly Ledbetter Fair Pay Act which extends the time period women can recover lost wages due to acts of discrimination.  Yet in many cases, women are not aware that they are being underpaid, and there still remains a significant pay gap between the pay men and women earn. The latest census shows women earn 77 cents for every dollar earned by men.  Thus, on April 8, 2014, President Obama took two actions to address pay inequities in the workplace.  The actions are described below; note these actions only apply to federal contractors.

The President signed an Executive Order prohibiting retaliation against employees who discuss their compensation.  There is no requirement that employers publish pay rates; however, the purpose of this action is to create transparency so employees can uncover inequitable pay practices through open communication.  (Note:  for California employers, Labor Code Section 232 already prohibits employers from discriminating or retaliating against employees for disclosing wages).

President Obama will also sign a Presidential Memorandum instructing the Secretary of Labor to establish new regulations to require federal contractors to prepare and submit wage information based on sex and race to the Department of Labor.  The purpose of this action is to encourage companies to pay greater attention to pay differences based on characteristics within their organization with the goal of making corrections.  The Department of Labor also intends to enforce the action to ensure companies institute change to bridge the pay gap.

Going forward, employers who are federal contractors should carefully monitor any developments with respect to these two actions taken by President Obama.  It is also advised that companies who are not federal contractors monitor pay practices to prevent any potential pay inequity claims.