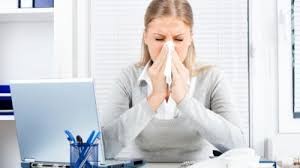 Mere weeks before sick pay becomes mandatory in California, the state legislature is racing to cure what is ailing employers. Beginning on July 1, 2015, the Healthy Workplaces, Healthy Families Act of 2014 (HWHFA) will obligate employers in California to offer sick pay to employees in nearly every category. The minimum obligation is to provide sick pay at the rate of 1 hour for every 30 hours worked or a lump sum allocation of 3 days or 24 hours per year.

The law as written imposes perplexing and onerous obligations on California employers, many of which already provide their employees with clear and simple PTO benefits. Assembly Bill 304 proposes a number of revisions to HWHFA, which if signed into law will substantially help employers comply with the law. They include the following:

Fixing accrual rates. HWHFA requires employers to provide sick pay at the rate of at least 1 hour for every 30 hours worked. This requirement has created one of the biggest headaches for employers. Most employers do not accrue paid time off on a per-hour basis. Rather, employers typically accrue such benefits on a per-pay-period basis. AB 304 recognizes this reality. The proposed amendment provides that an employer may use a different accrual method, other than providing 1 hour per every 30 hours worked, providing that the accrual is on a regular basis so that employee has no less than 24 hours of accrued sick leave or paid time off by the 120th calendar day of employment, each calendar year, or each 12-month basis. This means that employers can be relieved of the obligation to track hours worked in order to accrue sick pay, so long as the employee accrues 24 hours of leave withing the first four months of the year.

Delay of notice for some industries. HWHFA requires employers to provide an individual notice, pursuant to Labor Code section 2810.5, to each employee regarding his or her sick pay rights. AB 304 proposes to delay this requirement for employers covered by Wage Order 11 (broadcasting industry) and Wage Order 12 (motion picture industry). Hooray for Hollywood.

Itemizing “unlimited” sick leave. HWHFA requires employers to provide the balance of available sick leave or PTO on the employee’s pay stub or other document distributed on pay day. Employers that provide unlimited PTO have been puzzling over how to comply with this requirement. AB 304 clarifies that employees may indicate “unlimited” on wage statements.

Calculating sick pay rates when wage rates vary. The law requires that where employees are paid different hourly rates, are paid commissions, are paid piece rates, or are non-exempt employees earning a salary, the employer is to pay out sick pay at the average pay rate over the prior 90 days. AB 304 modifies the rule so that the rate of pay for non-exempt employees would be calculated in the same manner as the regular rate of pay for purposes of overtime compensation. Essentially, this calculation is based on the average rate of pay in the workweek. Paid leave for exempt employees would be calculated in the same manner as the employer calculates wages for other forms of paid leave time. This gives employers flexibility in calculating sick pay rates for exempt employees and avoids technical problems associated with calculating rates for exempt outside salespersons.

Reinstatement of accrued sick pay for returning employees. HWHFA requires employers to reinstate accrued sick pay balances to employees who return to work within one year of discharge. Employers have been wondering whether they are relieved of this obligation where the accrued balance is cashed out at the time of discharge. AB 304 clarifies that an employer has no obligation to make such an inquiry.

There are a number of other flawed provisions in the new law, which AB 304 overlooks. In any event, if enacted, the bill would address some of the major problems raised by employers. Moreover, the fix could be immediate. AB 304 is labeled as an “urgency statute,” which means that if it passes, it will become effective immediately, rather than on January 1, 2016.