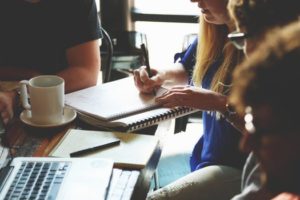 HR credentials from HR Certification Institute (HRCI) lead the way, and credentials often are the catalysts for increased pay and improved career trajectories, according to the 2018 Payscale survey of more than 100,000 professionals.

“In the HR profession, getting an HR certification is generally seen as a good way for HR pros to learn new skills, earn more money and move up in their careers,” Payscale says.

HRCI Is the No.1 Choice of HR Professionals

HRCI remains the top place to earn HR certifications, with 30.4 percent of survey respondents having at least one HRCI certification. 2018 has been an especially banner year for HRCI with a noticeable uptick in HRCI credential applications and certifications awarded.

The study evaluated 10 certifications from four organizations, including HRCI, SHRM, World at Work and the Institute for Professional Excellence in Coaching. The Professional in Human Resources (PHR) from HRCI is the most prevalent overall, earned by 16.9 percent of respondents. This compares to 15.4 percent for the SHRM-CP. Another 7.9 percent report having a Senior Professional in Human Resources (SPHR), compared to 5.3 percent for the SHRM-SCP.

Although not studied by Payscale, HRCI has also seen tremendous interest in its new Associate Professional for Human Resources (aPHR) certification. The aPHR is for students, and HR and non-HR professionals who are just starting out in HR careers. International certifications from HRCI have also been on the rise.

HRCI is offering $75 off the application fee for the PHR exam through September 30, 2018.  Click here to learn more.