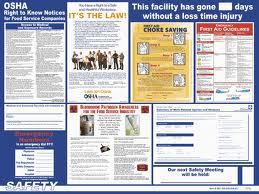 On July 20, 2015, the federal Occupational Safety and Health Administration (OSHA) published in the Federal Register a proposed rule to “clarify” employers’ recordkeeping obligations under 29 C.F.R. Part 1904. Comments were due by September 28.

The agency has long maintained that employers must keep accurate recordkeeping logs for the entire five-year retention period imposed by its regulations. In other words, a failure to properly record a recordable incident that occurred in 2011 would still be grounds for a violation today should OSHA discover the omission during an inspection.

Some employers, however, maintain that OSHA’s position conflicts with the six-month statute of limitations imposed by the Occupational Safety and Health Act of 1970 (OSH Act). A failure to properly record a recordable incident can only be cited if OSHA discovers the omission within six months of the date the employer was obligated to record the incident.

The United States Court of Appeals for the D.C. Circuit addressed this issue in 2012. In AKM, LLC, dba Volks Constructors v. Secretary of Labor, a three judge panel vacated the citations based on its unambiguous reading of 29 U.S.C §658(c), the OSH Act’s statute of limitations. The court reasoned that a recordkeeping failure becomes a violation when the employer fails to properly record the injury within seven days after the injury. “If an injury is reported on May 1, OSHA can cite an employer for the failure to create a record beginning on May 8, and a citation issued within the following months, and only the following six months, would be valid,” Judge Janice Rogers Brown wrote for the panel.

The court reasoned that the five-year retention regulation constituted a separate requirement. If an employer loses or destroys a record before the end of that five-year time period, then “that too is a violation.” In other words, the obligation to record the incident and the obligation to maintain the records are two distinct obligations.

OSHA did not appeal this decision. Instead, OSHA decided to amend its recordkeeping rules to “clarify” its position and effectively overturn the Volks decision.

OSHA proposed to amend the recordkeeping rules as follows:

One problem with OSHA’s proposed rule is that the “continuing violation” doctrine does not readily apply to recordkeeping violations. The Occupational Safety and Health Review Commission and several federal courts have recognized that the agency can cite employers for “continuing violations” where an employer leaves a hazardous condition unabated for years. But the failure to record a recordable incident does not present a hazard. Employees are not exposed to any risk of injury by an employer’s failure to record an incident; it is an exercise in paperwork.

Finally, OSHA’s proposed rule disregards the Volks panel’s main rationale for its decision – the OSH Act itself. The panel held that the statute is unambiguous, and Congress made its intentions clear when it established a six month statute of limitations.

Should OSHA issue a final rule substantially similar to the proposed rule, employers can expect OSHA to carefully review OSHA 300 recordkeeping logs kept for the past five years and to issue citations for any omissions or inaccuracies in the logs. A challenge to OSHA’s “clarified rules” seems likely, however.