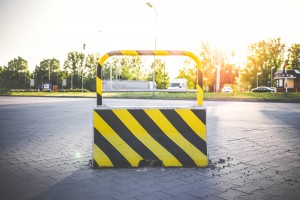 Companies that maintain strong anti-harassment policies and procedures are more likely to successfully defend legal claims. On the other hand, inadequate notice to and education of employees
may hinder a company in court. A recent case arising in Louisiana illustrates this point. This case clarifies the scope of an important affirmative defense for employers and demonstrates the importance of clearly explaining policies to employees: Pullen v. Caddo Parish School Board, No. 15-30871, Fifth Circuit Court of Appeals (July 20, 2016).

Kandice Pullen worked as a clerical employee for the Louisiana Caddo Parish School Board in 2011 and 2012. While working in the purchasing department, Pullen claimed her supervisor Timothy Graham made inappropriate sexual comments, touched her thigh, put his arm around her several times, and showed her lewd photographs in his office.

Pullen did not complain about this harassment when it initially occurred. Instead, in February 2013, another employee, Aimee Harris, identified Pullen as a victim of sexual harassment in a complaint she filed against Graham asserting similar harassment issues.

The Louisiana school board placed its Chief Operations Officer James Woolfolk in charge of investigating the harassment allegations. After interviewing several employees, including Pullen, in the course of the investigation, Woolfolk concluded sexual harassment had not occurred, but recommended Graham be suspended without pay for a week and undergo counseling for unprofessional and inappropriate behavior toward the two women.

Pullen sued in federal district court in Louisiana, claiming she was subjected to sexual harassment in violation of Title VII of the Civil Rights Act of 1964. In defense, the Louisiana school board argued it was immune from liability for the harassing behavior of one of its managers because it had a detailed sexual harassment policy that was posted on bulletin boards and available online, it had trained a majority of its employees about the policy, and Pullen had failed to report the harassment for well over two years. The district court agreed and granted summary judgment in favor of the school board.

On July 20, 2016, the federal Fifth Circuit reversed the district court’s decision. To be immune from liability under federal law, the Fifth Circuit noted, an employer has the burden to show: (1) it exercised reasonable care to prevent and correct sexual harassment; and (2) the employee unreasonably failed to take advantage of the employer’s preventative and remedial opportunities. (Note: the California standard is different. An employer will not gain immunity from liability, but it can limit its exposure to damages with the same showing.) While the Louisiana school board maintained a policy with reasonable steps to remedy harassment, there was evidence to indicate the policy was not sufficiently publicized, including:

The Fifth Circuit explained that both the harasser’s knowledge of the anti-harassment policy and the victim’s awareness of it (and the associated complaint procedures) are relevant to whether a company acted reasonably to prevent harassment. Here, because the board had not demonstrated it took reasonable steps to publicize its anti-harassment policy, it was not entitled to summary judgment.

This case demonstrates that an employer’s actions can be more important than its words. Anti-harassment policies and complaint procedures are important first steps to preventing harassment in the workplace. However, even the best-drafted policies may be ineffective to prevent harassment if they are not available and clearly explained to employees. To ensure that a policy is truly effective, employers should proactively review their expectations with employees and explain correct complaint procedures. Employers may also want to consider where they post their policies, which should be readily accessible and posted in conspicuous locations or a combination of locations, such as on both a website and bulletin board.