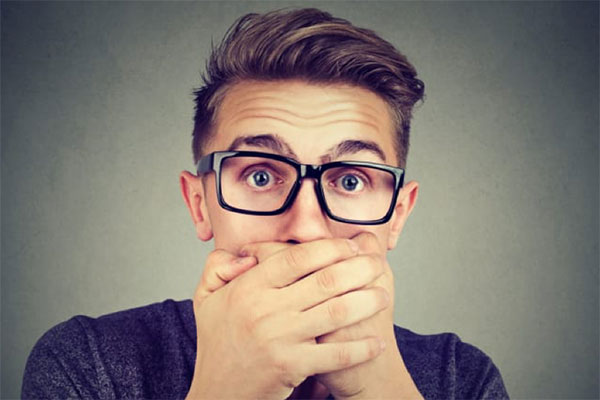 Dolores is an HR director in an established aerospace company with an age-old problem: Foul language runs rampant in certain departments. But now, a new challenge has surfaced. A senior technician has come forward to HR, requested anonymity and demanded that the foul language stop immediately. Complicating matters is the fact that many of the technicians have been working at the company for decades. Breaking old habits is never easy, especially when a client group is set in its ways and has a long history of inappropriate behavior.

Foul language comes in many degrees of impropriety. Distinguishing between what’s edgy versus what’s over-the-top and clearly unacceptable can be difficult. Michelle Phillips, a principal at Jackson Lewis P.C. in the greater New York City area, clarifies how profanity can be considered to contribute to a hostile work environment, especially use of the F-word:

“Courts have held, for example, that if an employee accidentally bangs into something sharp and shouts, ‘Oh f—!’ that would be understandable. On the other hand, if an employee glares angrily at a supervisor and shouts, ‘F— you’ and [uses] other offensive language, then it’s more likely to constitute harassment when taken together with other inappropriate behavior.”

After all, such egregious and insubordinate conduct is aimed at the supervisor personally and provides an employer little room to reason, “Well, I’ll just give the employee a warning this time so that he doesn’t do that again.” If a company were to fail to terminate or otherwise significantly discipline the employee under such circumstances, it would be remiss in its responsibilities for two reasons. First, it could appear irresponsible for allowing inappropriate conduct to potentially continue and for creating a record of its failure to act. Second, it could create a dangerous precedent for future occurrences of gross insubordination and potentially harassing behavior. In essence, if the company doesn’t terminate the employee or take significant action under these circumstances, what would justify a termination for someone else in the future?

“While collegial banter, including the F-word, may have become commonplace in a particular department over time, once an organization is placed on notice—either actual or constructive notice—then the employer needs to take prompt and remedial action in response to the complaint,” Phillips said.

Note that it’s not uncommon for employees who demonstrate a sudden change of heart to somehow feel threatened themselves. Maybe the senior technician feels that his boss is now targeting him or he has been recently disciplined. Somehow this new concern about the ongoing banter now becomes an arrow in the employee’s quiver that he can shoot back at the company should he later be terminated for some reason.

Dolores should address this in the form of a verbal admonishment, written warning or group memorandum of understanding.

“Writing everyone up probably wouldn’t make much sense in a situation like this, though, since the behavior was tolerated in the past,” said Kim Congdon, global vice president of human resources and talent management at Herbalife Nutrition in Torrance, Calif. “The company has every right to change direction, but it’s always best to provide advance notice of such changes in expectations. Your verbal discussion should begin one-on-one with the department head, whom you could then partner with to address the rest of the team.”

“Everyone, we called this meeting with you because we’ve got a situation that’s come up that we’ll need your help to resolve. We know that up to now, we’ve all been pretty loose with our language, and I know we tend to use colorful words to make others laugh. And while we all appreciate a healthy sense of humor, we’ve been put on notice that some folks on the team feel like it’s getting out of hand. Whenever we’re placed on notice that language or behavior potentially offends anyone, we’ve got to pull things back a bit so that everyone feels comfortable again. I’ll need your help in fixing this, and I’d like your commitment now that we won’t be hearing any expletives or foul language from this point forward. Will you support me in that?”

“Expect a reasonable amount of grumbling because, in fairness, this is a culture shift. Overall, however, that’s a very reasonable opener and one that most people will be able to accommodate,” Congdon said.

What happens, however, if Jim raises his hand and tells you that he really can’t help himself? Besides, we’re all friends in the group, aren’t we? Can’t we all agree to just keep things the same? What’s all the fuss about anyway?

Step 3: Laying Down the Law

In such cases of justifications and rationalizations, it becomes time for Dolores to lay down the law a bit more sternly:

“Jim, you’re not hearing me. This isn’t about you any longer—it’s about your co-workers and our company. When someone puts us on notice that they’re no longer comfortable with the curses and loose banter and jokes that arguably have become pervasive in the workplace, there’s a whole new paradigm that comes into play. At that point, we no longer have the discretion to laugh it off and ignore it. In fact, if we do, we could end up exposing our organization to legal liability. As you know, hostile work environment claims are a subset of sexual harassment, which in turn falls under our company’s anti-discrimination policy, which I’m handing out to you all separately in just a minute.

“Oh, and Jim, there’s one more thing that we all need to realize. I’m not saying this to frighten any of you. It’s just that I want you to be fully educated on the matter. If the company were to be sued, you could also be named as an individual defendant in the lawsuit. In fact, in extreme cases where the company warns an employee and the employee refuses to change his ways, then he may be considered to be acting outside the course and scope of his employment. And under those circumstances, the company’s legal team wouldn’t necessarily protect you. You could be on the hook to find your own lawyer and pay any damages that arise from the claim.

“Personal liability is real in this day and age, and we don’t pay you enough money to risk your home and your bank account for work-related lawsuits. So, any time you find yourself slipping back into your old ways, be sure and stop by my office so that I can remind you about the risks you’re assuming when it comes to foul language in the workplace. Do I have your commitment that from this point forward, we’ll no longer have to discuss this issue?”

And lo and behold, once Dolores couches the concrete legal concerns and ramifications in such a straightforward manner, even the most challenging offenders are bound to take her seriously. If she needs any additional fodder to convince Jim and the rest of the team of the urgent need to change their behavior, she could include a written letter of clarification that documents her concerns and requires their signature. Putting expectations in writing always raises the level of accountability, which will only solidify the message and clarify the expectations.

Paul Falcone (www.PaulFalconeHR.com) is an HR trainer, speaker and executive coach and has held senior HR roles with Paramount Pictures, Nickelodeon and Time Warner. His 2016 book, 75 Ways for Managers to Hire, Develop, and Keep Great Employees (AMACOM), focuses on aligning front-line leadership teams and key employee retention. A longtime contributor to HR Magazine, he’s also the author of a number of SHRM best-sellers, including 96 Great Interview Questions to Ask Before You Hire (AMACOM, 2018), 101 Tough Conversations to Have with Employees: A Manager’s Guide to Addressing Performance, Conduct, and Discipline Challenges (AMACOM, 2009) and 2600 Phrases for Effective Performance Reviews: Ready-to-Use Words and Phrases That Really Get Results (AMACOM, 2005).