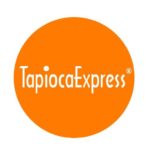 According to the EEOC, the owner of two Tapioca Express franchisees in Chula Vista and National City, Calif., harassed female employees by inappropriately touching them and making repeated comments of a sexual nature. The EEOC said that the owner wrapped his arms around women, physic- ally pressed up against them, and made inappropriate comments about body attributes. Some female employees felt compelled to quit because of the escalating sexual harassment. The EEOC further charged that all three related defendant companies — Tapioca Express, Inc., Erivera Enterprise, LLC d/b/a Tapioca Express, and Edeleen, Inc. — failed to prevent and correct the harassing behavior notwithstanding myriad complaints.

Sexual harassment is a form of sex discrimination which is prohibited by Title VII of the Civil Rights Act of 1964. The EEOC filed suit in U.S. District Court for the Southern District of California (EEOC v. Tapioca Express, Inc., Erivera Enterprise, LLC d/b/a Tapioca Express, and Edeleen, Inc. d/b/a Tapioca Express, Case No. 3:18-cv-01217-MMA-BLM) after first attempting to reach a pre-litigation settlement through its conciliation process. The EEOC’s suit seeks monetary damages for the class of victimized employees, as well as injunctive relief intended to prevent and correct discrimination.

Christopher Green, director of the EEOC’s San Diego Local Office added, “The #MeToo movement has brought awareness of how power imbalances in the workplace lend themselves to sexual harassment. Employers must understand that they are accountable for the abuse of their employees.”

According the company’s website, www.tapiocaexpress.com, Tapioca Express specializes in milk tea and other popular snacks from Asia, with stores in California, Nevada and Washington.

On Monday, the EEOC reconvened its Select Task Force on the Study of Harassment in the  Workplace for a meeting at agency headquarters in Washington, D.C. Established in 2015, the task force concluded its work in June 2016 with the final report of its co-chairs, EEOC Commissioner Chai R. Feldblum and Commissioner and now-Acting Chair Victoria A. Lipnic. The report includes recommen- dations and resources regarding leadership, accountability, policies and procedures, training, and developing a sense of collective responsibility. Monday’s meeting delved into workplace harassment in light of the #MeToo movement, and discussed how employers can and have worked to better prevent and stop harassment.

Preventing workplace harassment through systemic litigation and investigation is also one of the six national priorities identified by the Commission’s Strategic Enforcement Plan (SEP).