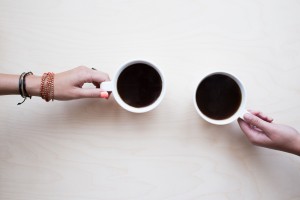 When must a rest break occur, and can a company allow employees to combine the break with other breaks? California’s needlessly nuanced meal and rest break rules have spawned an endless cycle of litigation, and as a recent appellate court case illustrates, the rules remain imprecise.

In Rodriguez v. E.M.E., Inc. (Second Appellate Dist. 4/22/16), a metal finishing shop adopted a practice of combining two daily ten minute rest breaks into one twenty minute break each morning. According to the shop, management and the employees had reached an informal agreement that the combined break was preferred over two ten minute breaks. The employees preferred the extended time to cook a morning meal. The combined break also increased productivity because it took twenty minutes to shut down and then reactivate the production line.

A former employee filed a class action against E.M.E., Inc., claiming that the rest break practice violated California law. The employee alleged that under the circumstances of this workplace, the California Labor Code and the applicable Wage Order mandated two separate ten minute rest breaks during an eight hour shift, one before the meal break, and one after.

The employee disputed the company’s contention that a combined break was necessary. He testified that the time necessary to shut down and start the production line was “20-30 seconds at most.”

Wage Order 1, which applies to manufacturers, provides as to rest breaks: “Every employer shall authorize and permit all employees to take rest periods, which insofar as practicable shall by in the middle of each work period. The authorized rest period time shall be based on the total hours worked daily at the rate of ten (10) minutes net rest time per four (4) hours or major fraction thereof.”

The California Supreme Court addressed rest break timing in its 2012 decision Brinker Restaurant Corp. v. Superior Court. In that case, the Supreme Court rejected the contention that employers were required to provide a rest period before any meal break. The court noted that the only constraint in the applicable Wage Order was that “rest breaks must fall in the middle of work periods insofar as practicable.” The Court stated: “Employers are…subject to a duty to make a good faith effort to authorize and permit rest breaks in the middle of each work period, but may deviate from that preferred course where practical considerations render it infeasible.” The Court declined to offer any opinion on what considerations might be legally sufficient to justify such a departure.

No Summary Judgment for Employer

In Rodriguez, the employer filed a motion for summary judgment. The trial court denied the motion, finding triable issues of fact as to whether or not practical considerations rendered it infeasible to permit rest breaks in the middle of each work period. On appeal, the California Court of Appeal affirmed this ruling.

The court focused on the Wage Order requirement that rest breaks occur in the middle of each work period “insofar as practicable.” After consulting the dictionary and reviewing precedential decisions interpreting similar phrases, the court wrote: “the term ‘insofar as practicable’ directs employers to implement the specified rest break schedule absent an adequate justification for why such a schedule is not capable of being put into practice, or is not feasible as a practical schedule.”

The court concluded that “a departure from the preferred schedule is permissible only when the departure (1) will not unduly affect employee welfare and (2) is tailored to alleviate a material burden that would be imposed on the employer by implementing the preferred schedule.” The court emphasized that the wage order “must be construed in a manner that promotes its ‘protective intent,’ namely, to safeguard employee health and welfare.” According to the court, a preferred schedule that is “merely advantageous to the employer” cannot satisfy the requirement.

Given this interpretation of the Wage Order, the appellate court concluded that summary judgment could not be granted in favor of the employer, because the evidence supporting the reasons for the combined break was in dispute. The court began by noting that the company’s showing in support of its rest break schedules, if indisputably true, would justify the twenty minute combination. The company’s evidence showed that the combination did not harm the employees, who preferred that arrangement. The company’s evidence also showed that the combined break enabled it to avoid material economic losses attributable to its particular production activities.

However, the employee’s evidence put some of these facts in dispute. The employee’s testimony that shutting down for breaks took only seconds contradicted the company’s evidence that it took several minutes. Faced with a dispute in evidence, the court determined that the motion for summary judgment must be denied.

As this case demonstrates, California’s meal and rest period rules are hyper-technical and nuanced. Employers should adopt carefully crafted break policies. Supervisors should receive training on implementing the policies. As a general rule of thumb, in an eight hour shift, on ten minute break should take place in the middle of the first work period before the meal break, and a second rest break should take place in the middle of the second work period after the meal break. As this court has confirmed, deviations are lawful under the right circumstances. Employers should carefully evaluate the circumstances justifying such a deviation in order to minimize the risk of legal liability.