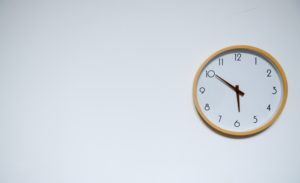 On July 26, 2018, the California Supreme Court issued its highly anticipated opinion in Troester v. Starbucks Corporation.  The Court was tasked with answering the question of whether the federal Fair Labor Standards Act’s de minimis doctrine–which federal courts have applied in some cases to excuse the payment of wages for small amounts of otherwise compensable time where such time is administratively difficult to record–applies to claims for unpaid wages under the California Labor Code.

The Court held California’s wage and hour statutes and regulations have not adopted the de minimis doctrine.  However, the Court created a small opening for employers to assert the de minimis defense by “leav[ing] open whether there are wage claims involving employee activities that are so irregular or brief in duration that it would not be reasonable to require employers to compensate employees for the time spent on them.”

Nonetheless, it is clear that the circumstances in which such a defense potentially could apply are limited.  The Court stated that the de minimis rule cannot apply where the employer “requires its employees to work minutes off the clock on a regular basis or as a regular feature of the job.”  The Court reasoned that “a few extra minutes of work each day can add up” and that what a corporation may consider de minimis is “not de minimis at all to many ordinary people who work for hourly wages.”

Employers may glean guidance from the facts in Troester, as the Court concluded that the de minimis rule did not apply to this particular set of facts.

Troester was a non-exempt shift supervisor for Starbucks who claimed he performed unpaid work during “closing” shifts.  Specifically, at the end of a closing shift, he clocked out on the Starbucks point-of-sale system and was then responsible for:  activating the “close store” procedure on a manager’s computer in the backroom; activating the alarm system; locking the front door; and walking his co-workers to their cars.  The closing process generally took Troester 4 to 10 minutes.  In addition, every couple of months, after clocking out and exiting the store, Troester would have to bring the store’s patio furniture inside or reopen the store if another employee forgot personal belongings.  The Court noted that over the course of a 17-month period, Troester would have earned $102.67 for the off-the-clock time, which “is enough to pay a utility bill, buy a week of groceries, or cover a month of bus fares.”

In light of Troester, employers should determine if they have any non-exempt employees performing off-the-clock work on a regular basis or as a regular part of their job, no matter how nominal in time.  The Court made clear that employers increasingly cannot rely on the “administrative difficulty” of tracking employee work time to excuse non-payment of off-the-clock work.  As the Court noted, technological advances are making it easier for employees to track and register their work time via smartphones, tablets, or other devices, and courts will not require employees to bear the burden of any difficulty in recording regularly occurring work time.