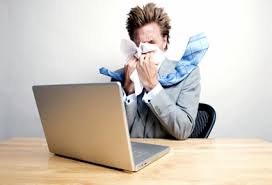 As the July 1, 2015 deadline for employers to implement California’s new paid sick leave law approaches, the California labor agency has been refining its rules relating to employee notice. The Labor Commissioner’s Office initially published the form in December 2014. At that time, the DLSE took the position that the “Wage Theft Prevention Act Notice to Employee” form must be distributed to all non-exempt employees by January 1, 2015. Many employers rushed to distribute the form to meet the New Year’s Day deadline.

The agency has taken the position that even if the employer’s existing written paid leave policy or sick leave policy already complies with the new law and will not be changed as a result of the law the employer must still distribute the notice.

Note: With the implementation date of this law just over 90 days away, it is time to draft new sick leave policies. Please contact your employment law attorney [or SDEA!] for help with this update.