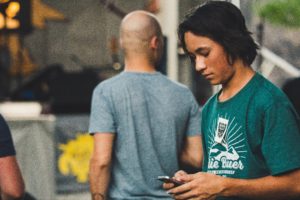 On Monday, February 4, 2019, the California Court of Appeal held employers that require employees to call in to work two hours before scheduled “on-call” shifts to find out whether they need to report to work trigger California’s “reporting time” pay requirements.

Clothing retailer Tilly’s, Inc. scheduled its retail store employees to work both regular and “on-call” shifts. Employees were required to call their stores two hours before the start of their on-call shifts to determine whether they were needed to report to work. Tilly’s told its employees to consider on-call shifts as “a definite thing” unless they were advised otherwise when they called in.

A former Tilly’s employee filed a putative class action alleging Tilly’s owed her and other employees reporting time pay for on-call shifts. The employee’s argument was based on Wage Order No. 7-2001, which applies to the retail industry. That wage order requires employers to pay employees “reporting time pay” for each workday “an employee is required to report for work and does report, but is not put to work or is furnished less than half said employee’s usual or scheduled day’s work.” The reporting time pay requirement is “half the usual or scheduled day’s work, but in no event for less than two (2) hours nor more than four (4) hours.”

The trial court ruled in favor of Tilly’s, holding that calling in to ask whether to report for work did not constitute “reporting for work.” But on Monday the Court of Appeal reversed, concluding that requiring employees to call in to work two hours before scheduled on-call shifts falls within the definition of “reporting to work” and therefore triggers the reporting time pay provisions. Under this holding, the employer would be required to pay the employee for at least half of the on-call shift (up to four hours), even if the employee did not work that amount of time.

The Court reasoned that by scheduling employees for on-call shifts and not informing them whether they would be required to work until two hours before those shifts, Tilly’s effectively deprived the employees of the ability to schedule other work or make plans for personal activities, and this was “precisely the kind of abuse that reporting time pay was designed to discourage.”

What This Means for Employers

This decision was limited to Wage Order No. 7-2001, which governs retail employees, but similar reporting time pay provisions are found in other wage orders.

Although this case may offer more questions than answers regarding on-call practices, two lessons can be garnered.
First, a critical element in this case was Tilly’s practice of requiring all on-call employees to call in prior to their shifts, which the court held was effectively requiring the employees to report to work. If the employer did not require such an affirmative effort from its employees, but instead only called off the employees that it determined should not show up for work, the court’s result may have been different. Accordingly, if an employer needs to have employees on-call, but does not want to pay reporting time pay, it should not require its employees to make the effort to call in, but instead should have supervisors call or text only those employees who are not required to work.

Second, the court was troubled by the late cancelled shifts, which it viewed as an “abuse” that the law intended to discourage. Although California law does not expressly regulate how much notice an employee must be provided of a schedule change, and the court declined to provide any guidance, this decision cautions against providing employees with minimal notice of shift cancellations. As a result, employers should evaluate their on-call practices to maximize the amount of notice to employees, which will reduce the risk of a successful legal challenge.