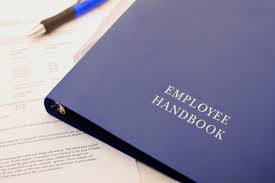 Also in July of 2014, the Kin Care law will change to now allow employees with a sick leave plan to take time off to care for an ill grandparent, grandchild, sibling and parent-in-law.  This is in addition to parent, spouse, registered domestic partner, or child that is already required.  The law provides for one-half of the employee’s accrued sick leave to be used without any repercussions such as discipline or termination.  This change will most likely require employers to make an update to their Employee Handbooks.

While not new to 2014, it is worth noting, the changes to California’s pregnancy disability leave laws.  The new laws went into effect at the end of December 2012 and employers are now required to continue medical benefits to the same extent as they were prior to leave, for up to four months in a 12-month period.  Additionally, the new laws include more stringent reinstatement obligations and a requirement by the employer to engage in the interactive process if the employee is unable to return due to a continued disability.  The other important factor to the new law is a clear definition of “four months” of disability leave.  Many employers counted calendar months but the courts have clarified this to mean 17 1/3 weeks.  This may require employers to make an update to their handbooks.

For those employers who employ people working in high heat industries (outdoors, dry cleaners, manufacturing/production, etc.), it is important to take note of new requirements for Heat Illness Prevention.  Employers with employees working in the heat are now prohibited from requiring their employees to work during their recovery period.  This is in addition to making drinking water available (minimum of a quart per hour) as well as shade for a cooling off period.  This newest addition to the law comes with monetary penalties for employers who violate the law.

The year 2013 brought with it several cases involving harassment, discrimination and retaliation.   Some publicized cases involved employees who were being awarded millions of dollars after filing a claim of harassment or discrimination but it was the lack of actions by the employer that allowed the claim to move through the system.  In several of these cases, the courts determined that there was in fact no harassment or discrimination but the lack of the employer’s response to the claim or a finding of retaliation in the form of a badly timed termination was the determining factor in the decision and award.

It will be interesting to see what is in store for 2014.  One thing we know for sure — employers need to keep on their toes!