There Are New Limits On Disciplining Employees

There Are New Limits On Disciplining Employees
By Paul Falcone 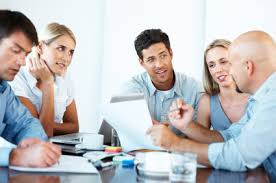 Nina is a one-person employee and labor relations department for a midsize hospital. Her job can get rather busy because line managers reach out to her often for support in holding their employees accountable.

Nina’s approach to employee discipline stems from her sense of fairness and her strong work ethic: While she understands that employees sometimes face challenges that might get in the way of their work performance, she believes they nevertheless need to perform at a minimally acceptable level to earn their pay. Yet she also recognizes that recent changes in employment law may constrain her ability to discipline or terminate workers, and it can be a challenge to explain this to the line managers who look to her for guidance and wisdom.

“In truth, the National Labor Relations Board [NLRB] has taken an exceptionally aggressive stance in terms of limiting employers’ rights to discipline workers for certain infractions,” said Rich Falcone, a shareholder at law firm Littler Mendelson in Irvine, Calif. (no relation to the author). “Employers are well-advised to take caution before doling out corrective action or moving to termination for certain offenses.”

A case in point: Employers historically have had a huge amount of discretion when it comes to dealing with employee misconduct. Depending on the level of egregiousness, employers could typically move to immediate termination (known as a “summary dismissal”) or issue a final written warning even for a first offense. “The NLRB, however, in recent years has curtailed an employer’s discretion in handling certain conduct-related offenses, even for nonunion employee populations,” Falcone said. Consequently, employers need to ensure that their policies and practices are not only consistent with state law but with the National Labor Relations Act as well.

Historically, determining what was considered egregious misconduct or gross insubordination toward a supervisor was fairly straightforward. But the NLRB recently has taken liberal interpretations of what constitutes “protected, concerted activity” on wages, hours and working conditions, especially during times of union organizing. “In fact, recent NLRB rulings protect workers who used profanities against their supervisors when complaining of their company’s inability or unwillingness to change certain working conditions,” Falcone said. “Likewise, workers’ use of company e-mail on nonwork time as well as their Facebook posts and tweets are considered protected under Section 7 of the National Labor Relations Act.” In certain cases, the NLRB reversed the terminations and ordered reinstatement with back pay.

In the not-too-distant past, workers who demonstrated anger or defensiveness toward co-workers or a general inability to work with others could be disciplined for their failure to create and sustain an inclusive work environment. While this is still applicable today, courts have recently ruled that mental health issues that impact personal behaviors may invoke the protections of the Americans with Disabilities Act (ADA). Likewise, remember that communicating with others and even thinking and concentrating are considered “major life activities” under the ADA. Employees who have challenges here could obligate a company to engage in the ADA interactive process and ask how it could help them meet the essential functions of the job.

According to Falcone, “the reasonable accommodation standard might include, for instance, assessing the nature of the employee’s limitations, assessing the individual’s ability to perform the essential functions of the job and identifying possible accommodations when it comes to confrontational personalities in the workplace.” With claims of both disability discrimination and failure to engage in the ADA interactive process on the rise, it’s likely worth additional consideration before jumping to progressive discipline and ultimately termination for what could be considered by some courts a reasonable accommodation issue related to mental health.

A number of states and cities have enacted paid-sick-leave laws that require employers to provide a set amount of protected sick time each year (for example, 24 hours) that workers can use to tend to their own or a family member’s health care needs. If such sick-leave laws are present in your state or city, they severely limit your right to discipline workers for excessive unscheduled absenteeism or tardiness, provided the absences are covered by the protected sick-leave reasons.

“Specifically, that means that you can’t count those occurrences of unscheduled absenteeism or tardiness as violations of your company’s attendance control policy,” said Jacqueline Cookerly Aguilera, a partner with law firm Morgan Lewis & Bockius LLP in Los Angeles. Further, you can’t necessarily ask for a doctor’s note or require advance notice as a condition of using sick leave, nor can you apply disciplinary measures when employees pattern their time off around regularly scheduled weekends or holidays.

“In short, the recent passage of multiple states’ and cities’ paid-sick-leave laws make it even more difficult for employers to hold workers accountable for the excessive use or abuse of paid-time-off or sick-leave policies,” Cookerly Aguilera said. Even no-call/no-show policies, in which an employer terminates a worker who fails to call in or report to work (typically for 72 hours), may be under scrutiny by certain courts. The courts’ argument is that the employer may have an affirmative obligation to determine why the no-call/no-show incidents occurred. “Further, certain courts have argued that a refusal to grant a reasonable accommodation because of an inflexible reliance on company policies and rules may violate the ADA and similar state laws, which could challenge any hard and fast applications of policies such as no-call/no-show,” Cookerly Aguilera said.

And the most challenging recent twist in the law? Assigning additional time away from work as a reasonable accommodation once the 12 weeks of leave available under the Family and Medical Leave Act is exhausted. “The EEOC [Equal Employment Opportunity Commission] and courts routinely view extended leaves of absence as a reasonable accommodation under the ADA and similar state laws,” Cookerly Aguilera said. The question, of course, is what is a reasonable period of time for a particular extension of leave to help a worker prepare to return to work?

“There’s no clear answer for this, and each case must be evaluated on its own merits,” Cookerly Aguilera said. “Employers are advised to focus on how that one individual’s absence negatively impacts co-workers who must make up for the gap and whether this negative impact constitutes an undue hardship for the employer.”

Nina, the hospital employee, is well-advised in today’s legal climate to amplify discussions with legal counsel about her company’s approach to issues like these that in the past were relatively straightforward to administer. Of course, the legal climate may change because of the new White House administration, but that will surely take time, just as it takes time to develop new case law that influences employer practices and policy interpretations. For now, a conservative approach to these and other workplace matters is the wisest path toward healthy, transparent and legally defensible employee and labor relations practices.

Paul Falcone (www.PaulFalconeHR.com) is an HR trainer, speaker and executive coach and has held senior HR roles with Paramount Pictures, Nickelodeon and Time Warner. His newest book, 75 Ways for Managers to Hire, Develop, and Keep Great Employees (Amacom, 2016), focuses on aligning front-line leadership teams and on key employee retention.
Paul will be presenting “What You Wish Your Frontline Managers Knew About Leadership and What To Do About It” on Friday, April 7th at 9 am at 211 Connections Center in San Diego.  To learn more and register, click here.