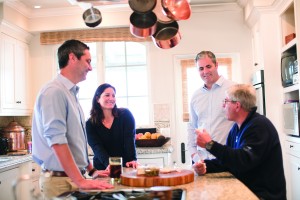 Jerome’s Furniture has been a household name in San Diego for over sixty years. Since 2010, Jerome’s has opened seven new stores, including stores in and around the Los Angeles, Orange County and Inland Empire areas.   As Southern Californians, people have come to know and love Jerome’s owner Jerry Navarra from his commercials showing the value and benefits of Jerome’s furniture.  Today, the third generation of Navarras are actively involved in running the family business. Among Jerome’s 800+ employees are many families in which multiple generations are employed with Jerome’s.  Jerome’s family values are as evident and as strong as ever.

As a family owned and operated company, the Jerome’s culture and daily mantra is “Building Relationships.” From the company to the individual level, Jerome’s strives to make every interaction count. Building Relationships applies to everyone — customers, vendors, merchandisers, local communities, and inter-departmental people.

In September 2016, Jerome’s welcomed CEO Brian Woods. Brian’s first priority was getting to know the team and striving to embody and grow Jerome’s “Building Relationships” culture.  Jerome’s will soon be opening its thirteenth location, a Jerome’s Dream Shop.  The Dream Shop is a showroom dedicated to only bedding.  It will have Jerome’s full mattress line-up, including Jerome’s own line.

As Jerome’s continues to grow its business, the mission remains to support and give back to the San Diego community. Jerome’s participates in events such as Together for Hope, Susan G. Komen Race for the Cure, and is known for their involvement with the Salvation Army and Father Joe’s Villages.

Jerome’s has been a member of SDEA since the mid 1980’s. Throughout the years the Human Resource Department has gained much of their training and knowledge from SDEA’s training programs. Currently, over half the department has two years or less experience in the HR field, making Jerome’s relationship with SDEA particularly beneficial.  Many Jerome’s employees aspire to earn their HR Certification through SDEA. Jerome’s management team also team utilizes SDEA’s Harassment Prevention training. The convenience of SDEA providing on-site training is especially helpful, given everyone’s busy schedules. Jerome’s wishes to thank SDEA for over 30 years of service! 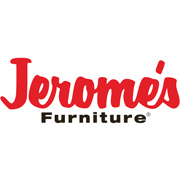