Is Comp Time on its Way? The Working Families Flexibility Act Passes the House 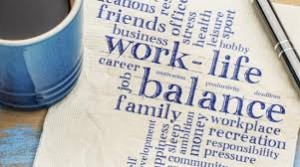 On May 2, 2017, the U.S. House of Representatives passed H.R. 1180, the Working Families Flexibility Act of 2017. Commonly referred to as the “comp time” bill, H.R. 1180 would amend the Fair Labor Standards Act to allow employees to choose paid time off or “comp time” instead of cash wages as compensation for working overtime hours. Among other provisions, the bill sets forth parameters on how much paid time off employees can accrue and how and when employees can cash out their banked time as cash wages.

A companion bill has been introduced in the U.S. Senate, but it is unclear when—or even if—the Senate will address the matter.  However, Senate majority leader Mitch McConnell and U.S. Senate Committee on Health, Education, Labor & Pensions (HELP) Chairman Lamar Alexander are both co-sponsors of the Senate bill. The White House has also indicated its support for the bill. Of course, in order to pass the Senate, 60 votes will first be needed to overcome a filibuster in the Senate—a likely difficult task. Proponents of the bill argue that providing employees with the option to take their overtime compensation in the form of paid time off gives them much-needed flexibility, while opponents claim that it provides a way for employers to withhold overtime pay that would otherwise be owed to employees.

We will continue to track this bill and update you with new developments as they occur.