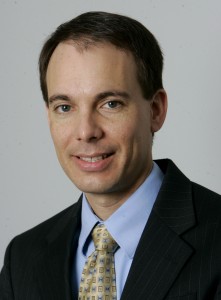 Several California labor and employment law bills passed in the state assembly or senate before the June 2, 2017, legislative deadline. The legislature now has until September 15, 2017, to pass these bills in the second house. Thereafter, the governor will have until October 15, 2017, to sign or veto any bills that pass in both houses.

AB-1008 proposes to ban questions about job applicants’ criminal histories. If enacted, job applicants could not be asked about their criminal records, and similar questions on job applications would also be prohibited. Only after a conditional job offer was made could an employer consider such information.

In the event that an employer were to decline to hire an applicant with a criminal history, the employer would be required to disclose the basis for its decision and follow a 10-day procedure allowing the applicant to respond and rebut the information.

The bill is part of a larger national trend. In California, the cities of Los Angeles and San Francisco have passed “ban the box” ordinances. A dozen other cities and several states have also adopted some variation of “ban the box” law.

AB-168 proposes to prohibit an employer from asking for a job applicant’s salary history information. The bill would also require an employer, upon reasonable request, to provide a “pay scale” for a position to an applicant for employment.

This bill is not specifically tied to the California Fair Pay Act, but it is ideologically related. It follows on the heels of AB-1676, passed in 2016, which amended the California Fair Pay Act to provide that prior salary cannot, by itself, be a “bona fide factor other than sex” justifying a pay disparity between employees of opposite genders. It also follows a trend established by other jurisdictions, such as Massachusetts, that have banned salary history inquiries.

AB-1209 proposes to require employers with 250 or more employees to publish gender pay differentials for exempt employees on a company website by the year 2020.

SB-63 proposes to require small employers to provide parental leave. Employers with 20–49 employees in a 75-mile radius would be required to allow employees to take up to 12 weeks of parental leave to bond with a new child within one year of the child’s birth, adoption, or foster care placement.

If enacted, this bill will impose a new leave law on small employers that are presently exempt from the California Family Rights Act, which presently applies to businesses with 50 or more workers.

SB-562 proposes single-payer health coverage. If the bill passes, the state would cover all medical expenses for every resident. The coverage would apply to residents regardless of their income or immigration status. The benefits would include inpatient, outpatient, emergency, dental, vision, mental health, and nursing home care.

The law would prohibit private insurers from offering healthcare benefits that cover the same services as the state.

Some experts estimate that the coverage would cost between $370 and $400 billion per year, which is more than twice the state’s current entire annual budget of $180 billion in state funds. The California Senate Appropriations Committee has considered imposing a 15 percent payroll tax to pay for half of the cost.

A separate tax measure to pay for the benefit would have to be approved by a 2/3 vote in both houses of the California legislature. Notably, Democrats hold supermajorities in each chamber.

In public statements, the state’s governor, Jerry Brown, has expressed reservations about the fiscal impact of single-payer health coverage. This may signal a possible veto if the bill passes in the legislature.

AB-1565 proposes to increase the minimum exempt salary to $47,472 annually. This bill appears to be a reaction the failed U.S. Department of Labor’s proposed overtime regulation, which was scheduled to take effect in December of 2016, but which was put on hold by a court injunction.

The minimum salary level for exempt employees in California is already scheduled to exceed $49,000 by 2019 for businesses with 26 or more employees. This bill would accelerate the time table by one year.