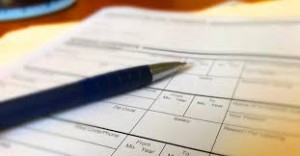 This new law thrusts California yet again into the forefront of jurisdictions tackling pay equity through local legislation. Although the new law does not specifically reference pay equity, the law’s authors justified the change as a means to eliminate pay gaps. The legislative commentary proclaims: “Gender wage discrimination is destructive not only for female workers but for our entire economy. Closing the wage gap starts with barring employers from asking questions about salary history so that previous salary discrimination is not perpetuated.”

Governor Brown had vetoed a similar bill two years ago, stating that he wanted to give the recently-amended Fair Pay Act a chance to work. The Fair Pay Act has since been amended two times in two years, and it appears that the legislature’s work is not done. Come January 1, 2018, California will join the ever-growing list of states (such as Delaware, Massachusetts, New York, Puerto Rico, and Oregon) and municipalities (New York City, Philadelphia, and San Francisco) that restrict or ban employers from asking about a job applicant’s salary history.

Further, upon reasonable request, employers must provide an applicant with the pay scale for the position being sought. The law does not define “pay scale.”

Although the law prohibits an employer from inquiring about an applicant’s salary history, an applicant may still, voluntarily and without prompting, disclose his or her salary history information to a prospective employer. In such an instance, although the employer may not consider that information in determining whether or not to hire the individual, the employer may consider or rely on that information in determining his or her salary. Still, employers may want to note that the strictures of California Labor Code Section section 1197.5 would still disallow prior salary, by itself, to justify any disparity in compensation.

As a result of this new development, all California employers may want to: