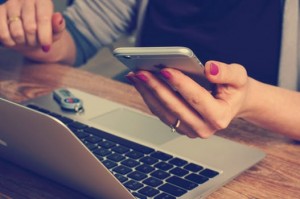 The impact of technology on the workplace is undeniable, and its effect on how employees will communicate in the workplace of the future cannot be overstated.

Impacts are emerging in workplaces, globally. We thought we would share the thought leadership of our colleague, Karla Grossenbacher, a partner in our Washington, D.C. team. It seems to us that her insights on these issues are equally applicable to Australian workplaces and we hope you find them of value.

As Generation Y begins to enter the workforce, many believe their preference for using texts instead of email to communicate will cause a fundamental shift in the workplace of the future, in which texting will replace email as the primary method of electronic communication. Employers need to prepare now for how they will be able to access and monitor workplace texts in the same way they do email, and preserve those texts as necessary to fulfill any legal obligations they have to preserve workplace communications.

Yet, if employers allow employees to text in the workplace, they will need to think about how they will access, view and preserve employee texts in the same manner that they do with emails. Lawyers in employment cases are beginning to demand that text messages be produced along with emails during discovery. If the texts are made from company phones, the basis for such a request would seem to be well-founded assuming the substance of the texts is relevant to the claims and defences in the case.

The work text is here to stay

Employers must grapple with how they will fulfill their legal obligations with respect to workplace texts by ensuring they have the same ability to access, view and preserve employee texts that they do with employee emails. And this need will only grow more pressing as time goes on. Thus, prudent employers will start thinking about this issue is now.

The difficulty with texting in the workplace is that — from the employer’s perspective — texting is offline. In workplaces in which email is the primary method of communication, employee emails are usually sent, received and stored on an email server that is maintained by the employer. With the right policies in place, employers have free rein to access, review and preserve employee emails stored on these servers. There are many legitimate reasons for which employers need to access and view employee communications.

However, employers do not have ready access to employee texts and are not in a position to preserve them. Unlike emails, texts typically reside on the phones on which they are sent and received. These phones may or may not belong to the employer, but in order to access and review workplace texts, the employer must first take possession of the phone on which the text resides. Not only is this a cumbersome process if several employees’ texts must be retrieved, but it may not be possible if the owner of the phone is not in the office or works remotely. Moreover, having to take physical custody of an employee’s phone rules out any kind of surreptitious review of texts, which could be important in an investigation of suspected wrongdoing.

Where texts reside only on the phones on which they are sent and received, it is much more difficult for the employer to ensure such texts are being preserved in those situations in which an employer has an affirmative duty to preserve such communications.

Setting aside the fact that phones can be lost or damaged or suffer a malfunction that makes it impossible to retrieve the texts stored on them, in order for an employer to ensure texts are being preserved, the texts need to be backed up in some way. If employees are texting on company-owned phones, it is conceivable that the employer could implement a system for automatically backing up the texts. However, with the proliferation of Bring Your Own Device programs, employees are often using their own phones at work. Where employees are using their own personal devices in the workplace, the employer would have to require employees to back up their texts to a company-owned computer or server. Even with a protocol in place for backing up texts, an employer could never be sure all texts were being captured as it is possible for employees to delete texts from a phone before the backup occurs.

There will also certainly be privacy issues raised for employers when they access and view employee texts. Personal and work-related texts will inevitably be commingled, especially if the phone is a personal device.

Given the issues workplace texting presents for employers, employers would be wise to make clear in their policies what method of communication employees may use in the workplace for business purposes. If texting is allowed or tolerated in the workplace, employers need to review their policies relating to employee communication and record retention to make sure texts, in additional to email, are covered. No one knows exactly what the workplace of the future will look like and how employees will communicate in it, but employers should look into that future now and start taking steps to prepare for it.