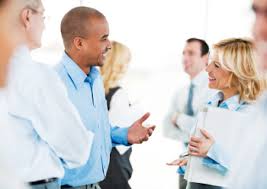 California employers are preparing for the effects of the Fair Pay Act – the new law signed by Governor Brown last October that significantly changes California’s gender equality pay law. Senate Bill 358 (SB 358), which went into effect on January 1, 2016, requires employers to pay employees of the opposite sex equivalent wages for “substantially similar work, when viewed as a composite of skill, effort, and responsibility, and performed under similar working conditions.” This is a significant change from the law’s former requirement that employees of the opposite sex receive equal pay for “equal work.”

The amended law also drops a requirement that wage discrimination claims be based on a comparison of the wages of male and female employees “in the same establishment.” As a result, employees may attempt to show a violation of the law by comparing their pay with the pay of employees performing substantially similar work at other work sites.

Employers may justify a pay differential by demonstrating that it is based on:

Employers that rely on this last defense must demonstrate that the “bona fide factor” is:

(Note that the bona fide factor defense does not apply if an employee demonstrates that an alternative business practice exists that would serve the same business purpose without producing the wage differential.)

What Can Employers Do Now?

Undoubtedly, plaintiffs’ lawyers will see this amendment as an invitation to file lawsuits alleging that employees working in various positions and at distinct locations are victims of wage discrimination. In addition, we can expect disputes over what constitutes a business necessity that would give employers a defense to compliance with the new law. Plaintiffs’ attorneys also will likely argue that even unintentional pay disparities can violate the law.

Many California employers may be caught off guard by this change in the law. Unstructured, informal pay practices may have led to inadvertent pay disparities between workers. The odds are that some of these disparities fall along gender lines. Employers with unstructured pay practices may not have records demonstrating the business criteria for pay decisions made over the years. Such employers could face significant challenges meeting the burden of proof to show that the pay disparity is based on a business criteria not related to gender.

The change in law should prompt California employers to take a number of steps to ensure compliance with the new law, including auditing pay levels, reviewing pay and record-retention practices, and maintaining accurate records on pay scales, wage rates, and personnel data. Seeking advice of counsel is also strongly recommended.